The façade solution was made entirely of structural glazing, which gives maximum space and visibility to the offices by placing a three-layer glass package with high selective glass which protects from overheating during the summer. In addition, the slope of the building itself from the south helps to the office floors being shadowed by the high summer sun.

In order to keep the idea of ​​triangular fragmentation of the façade that resembles Walltopia’s climbing walls, we have left a visible metal structure over the glass layer of the facade. 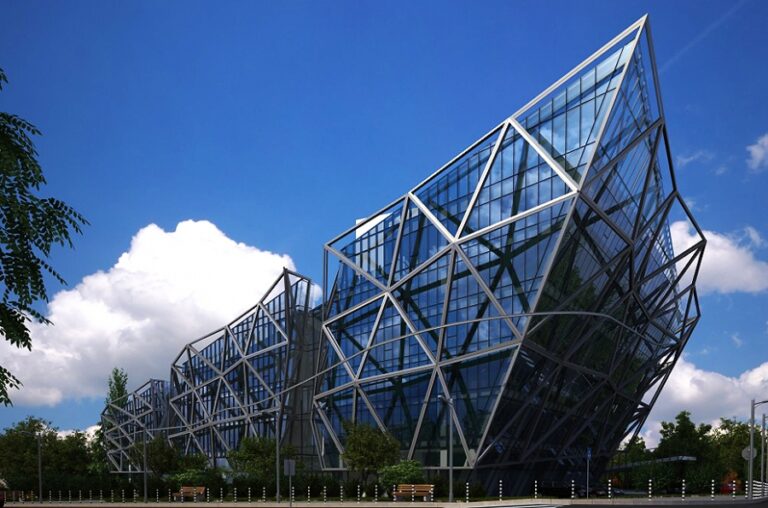