Flora Exposition Center is located in Primorski Park in Burgas.

The overall concept of the Flora Exhibition Center is based on three main pillars – functionality, aesthetics, economy. The geometry of the building is designed in a way that it not only fits in, but also blends in with the environment through its original architectural solutions. Roof landscaping and facade panels with vegetation – in addition to their indisputable aesthetic qualities, the realized roof landscaping and facade panels protect the building from overheating during the summer months and compensate for the negative consequences of construction by restoring lost vegetation. Rainwater utilization – due to the expected high amounts of water for irrigation of the green areas of the building, roof gardens and facade panels, a rainwater collection system has been built in a tank that supplies the irrigation systems of the site.

Natural light in all halls and offices – The orientation of the building is fully consistent with the principles of “green” architecture, which in combination with the predominant facade glazing ensures maximum utilization of daylight in all halls and offices. The glass parts of the facade are made of low-e glass, which does not compromise the comfort of the building during the summer months, when there is a risk of excessive heating and rising temperatures in the halls. 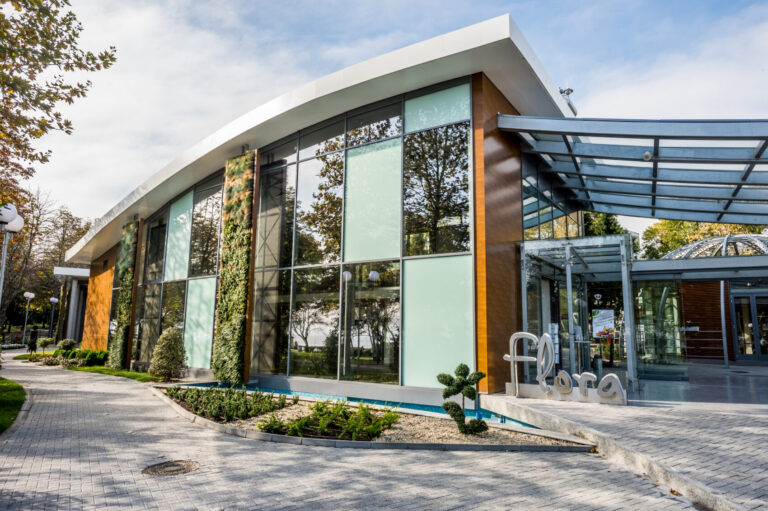 Winner in the "Buildings with Elements of Green Architecture" and "Audience Choice" categories in the National Contest "Building of the Year" for 2015.