The lower, public area is fully glazed and delineated only by the unevenly thickening verticals of the suspended façade. At the top, just below the “horizon”, the verticals pop forward and turn golden, as does the horizon itself. With their lower end, these golden verticals outline the silhouette of the pre-existing houses in this place and partly preserve the memory of them. 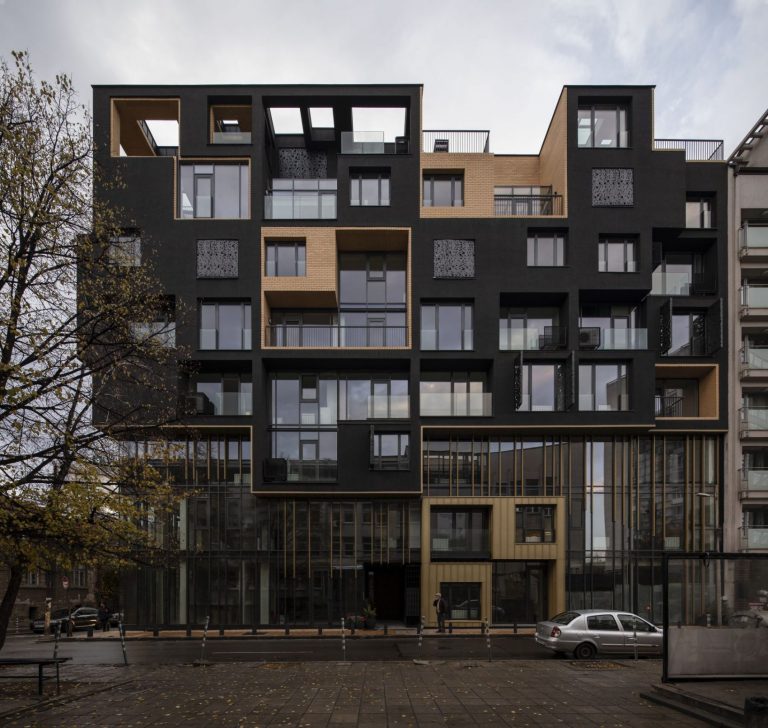 By continuing to use the site, you agree to the use of cookies.AcceptMore information